The Classification of Roads Depends on Various Factors

A road is a thoroughfare, route, or way on land between two places that has been paved or otherwise improved to allow travel by foot or by some form of conveyance.

Roads are categorized based on different criteria, each among them is further classified into different types of roads.

The classification of roads depends on various factors, such as:

1- Classification Based On Speed and accessibility:

They are commonly known as Expressways in India and Freeways, Motorways in other regions of the World. These are designed for high-speed vehicles to travel long distances with higher speeds. These are wide roads generally designed in four lanes, two lanes in each direction. Freeways have continuous and unobstructed traffic movement because there are no railway or road intersections and no signals. 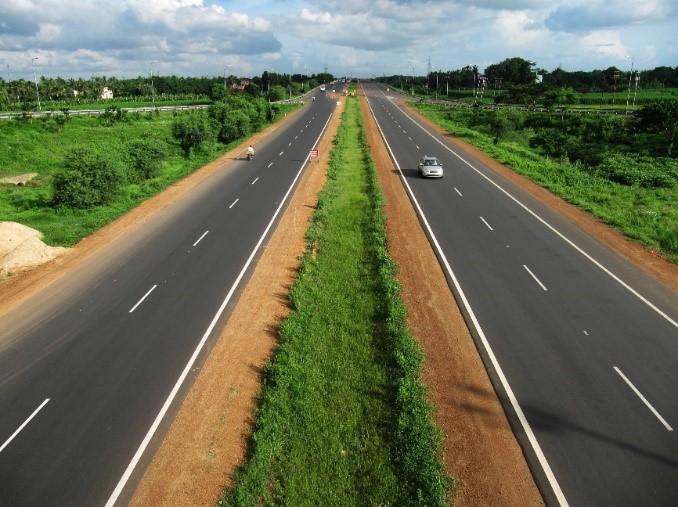 Highways are the main roads connecting villages, cities or states to other cities or states, or state capitals to national capitals. They are generally constructed in two lanes.

Further classification of Highways are as follows: 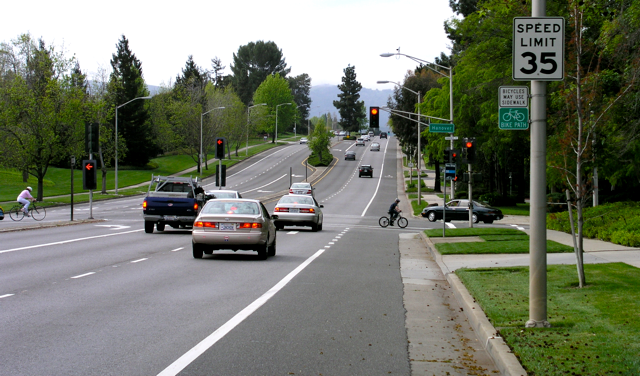 Arterials or arterial thoroughfare are the roads in a town or city with high traffic capacity. Arterial roads are usually built to connect central business points to residential areas or expressways. 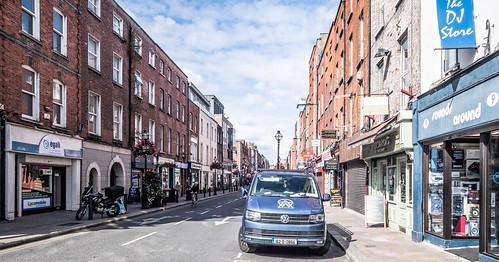 A local street or road primarily serves to provide access to a farm, residence, building, business, or any other adjacent property. Local streets don’t carry high traffic like arterial roads. They are generally divided with 1m dotted white lines or straight white line. 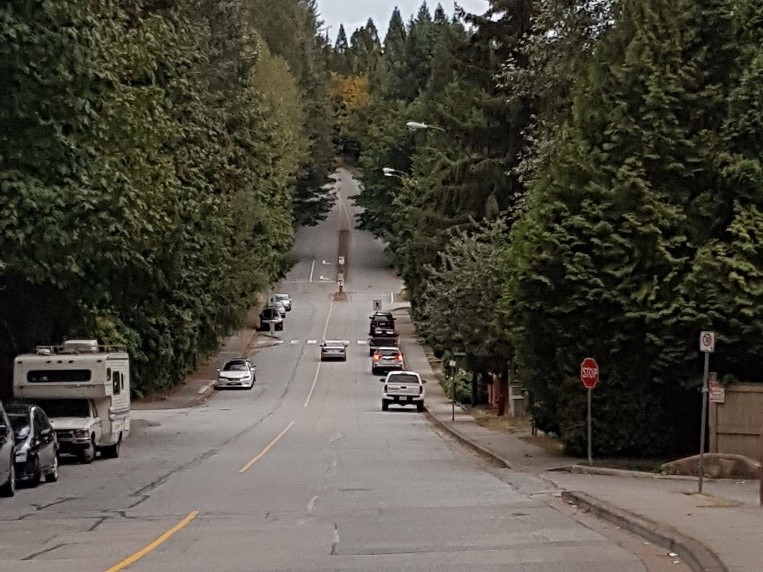 The primary purpose of Collector roads is to collect and deliver the traffic to and from local streets and arterials. It is also known as Distributor road which has a low to moderate volume of traffic.

2- Classification based on Materials: 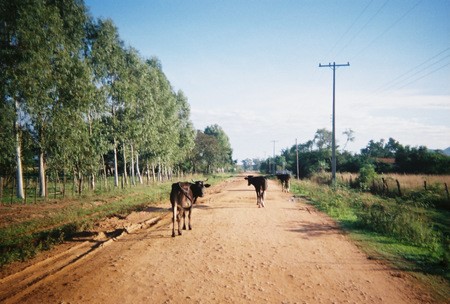 Earthen road is a type of unpaved road which consists of one or two compacted layers of ordinary soil or stabilized soil. This type of road is the cheapest among all the roads because it makes use of the available soil.

There are two types of earthen roads: 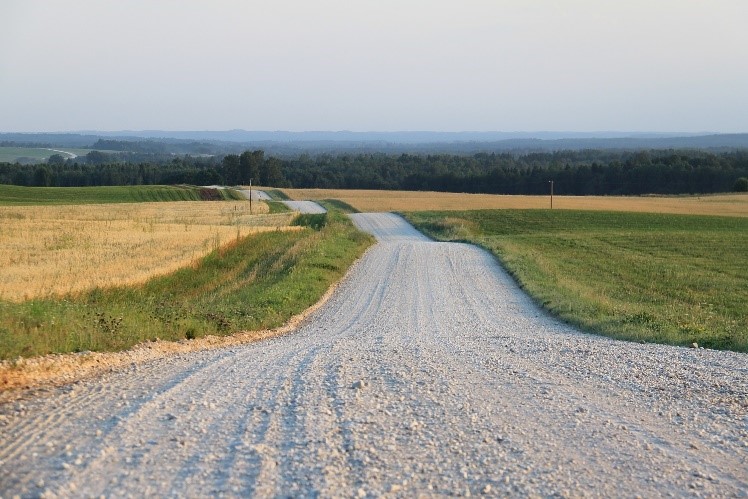 It is also a type of unpaved road and they are the second cheapest among all the roads. This type of roads is constructed by laying the mixture of gravel brought from quarry or stream bed and soil available at the site. Gravel roads are also known as metal roads. 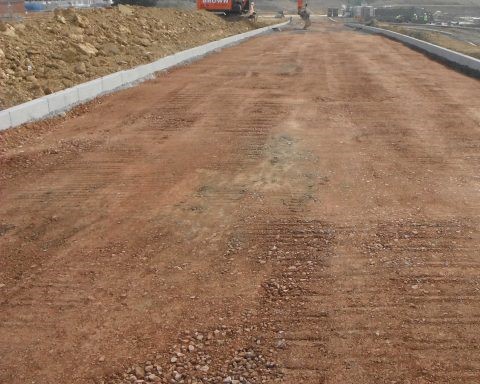 Murram is a form of gravelly lateritic or clayey material which is formed during the breakdown of igneous rocks by weathering agencies. A Murram is a primary material in a Murram road. The density of murram is higher than the gravel which also provides a good surface finish. 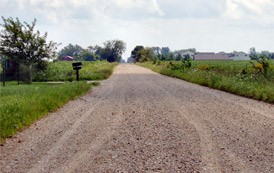 Kankar is an Impure form of Limestone which is easily available in nature. This type of roads usually recommended at lime-rich places. Kankar is generally found in two forms:

The base course of WBM roads consists of clean and crushed stones (aggregates) in layers. Water is sprinkled on each layer and aggregates are bound together by screening material and then rolled mechanically for a better finish. 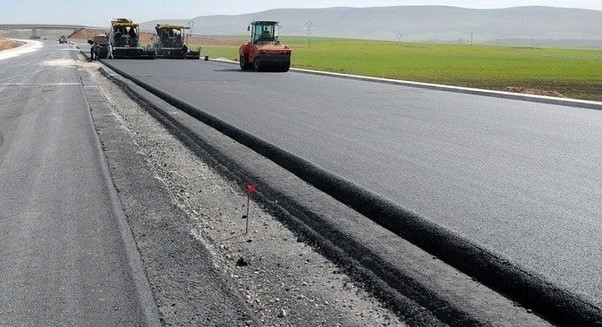 Bituminous or Asphalt is an adhesive and black viscous material obtained during the refinement of petrol. It is always recommended to lay the bitumen roads in two layers. 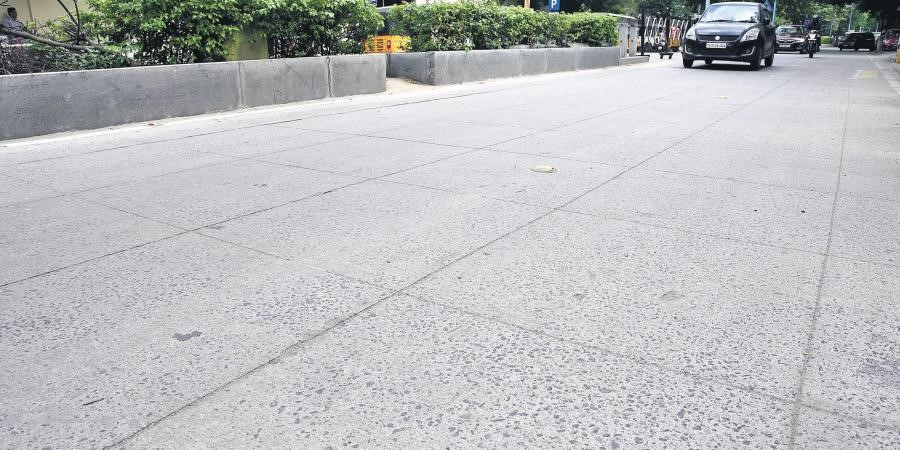 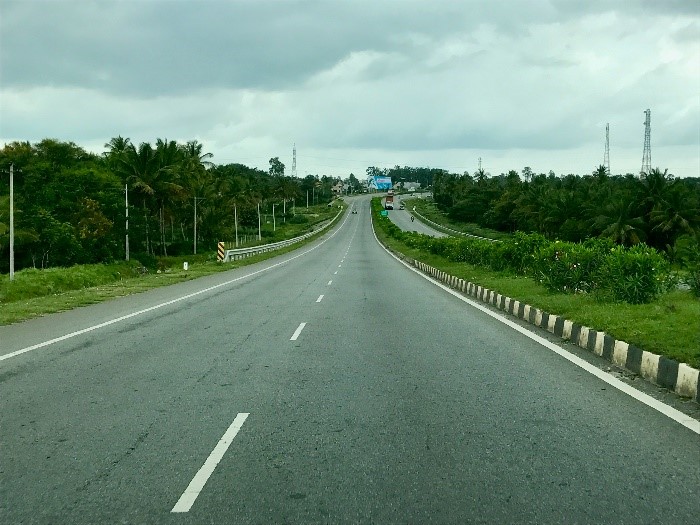 National highways are owned by the Ministry of Road Transport and Highways. The primary purpose of these roads is to connect state capital cities to the national capital city. A minimum of two lanes, one for each direction is provided for National highways and these two lanes are divided by a strip of boulders. 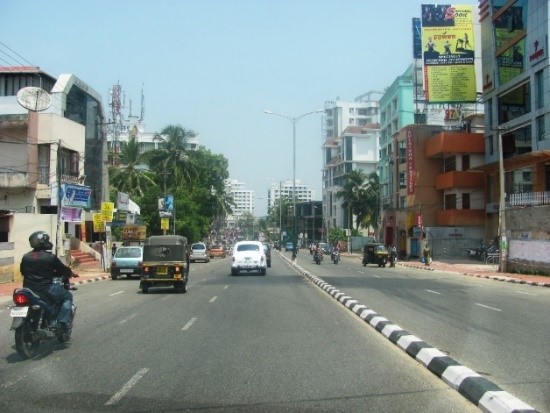 District roads are major roads within a District that connects important rural areas to district headquarters and to State Highways and National Highways.

There are two kinds of district roads: 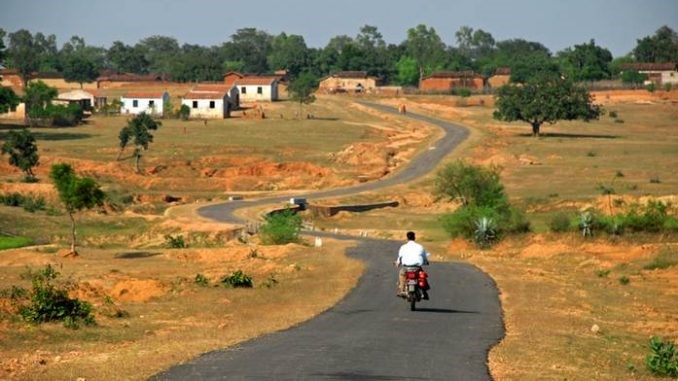 Rural roads cover about 70.23 per cent of the total roads, forming a significant portion of the country’s road network. These roads connect to the nearest towns or villages and also connects to the important areas of the villages like temples, churches etc.

4- Classification based on usage: 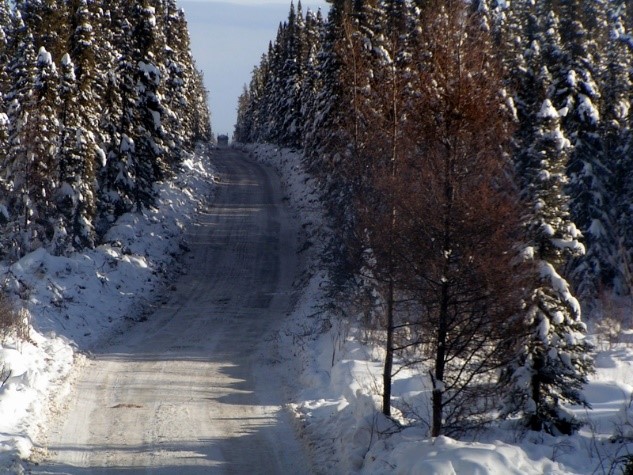 An All-Weather Road is a graded and/or gravelled road that can be utilized during all weather conditions. These roads are built in such a way that heavy rain does not flood it causing trouble for passing vehicles. 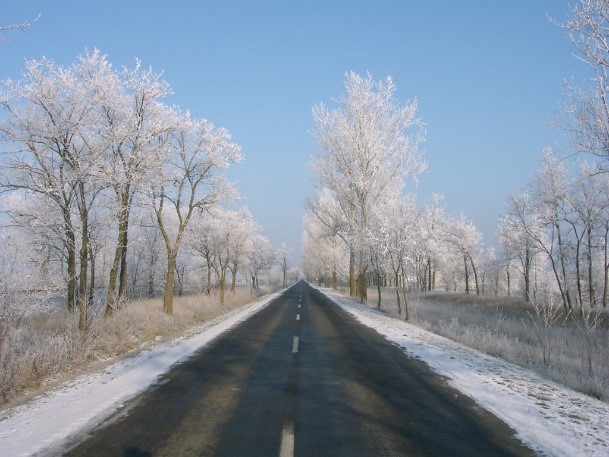 Fair-weather roads, as its name suggests, are opened only during fair atmospheric conditions. If the weather conditions are not favourable (such as during excessive rains, floods etc.), these roads remain closed.

Example: Some of this type of roads are opened only during summers and remains closed for rest of the seasons due to snow on road.

5- Classification based on Carriageway: 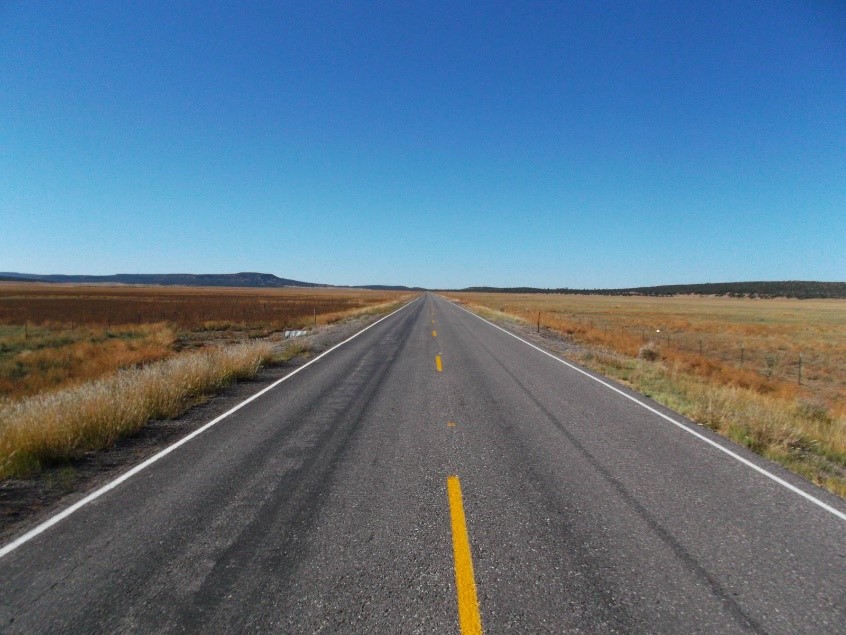 The roads which have solid and smooth pavement surface are called as Paved roads. The pavement can be of different types as per the traffic requirement such as Cement concrete, Bituminous and WBM. 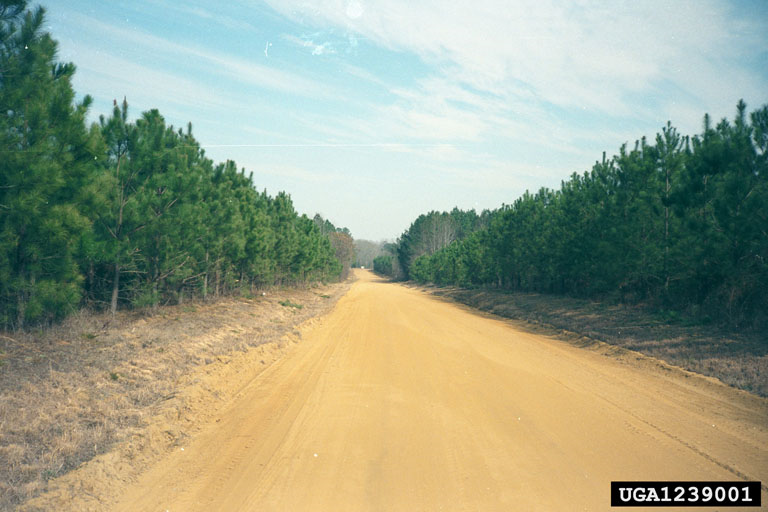 Unlike Paved roads, these roads do not have a hard and smooth pavement surface. These roads are made up of naturally available materials such as Kankar, Earthen or Murram are called unpaved roads.

6- Classification based on Rigidity: 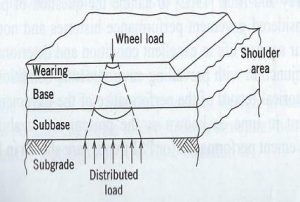 The Flexible Roads are laid in four layers. The topmost surface consists of bituminous material, also known as the Wearing course. The sub-base, base and subgrade course are laid underneath the wearing course. These four layers make it flexible because they transfer the load of the vehicle to sub-grade through lateral distribution. 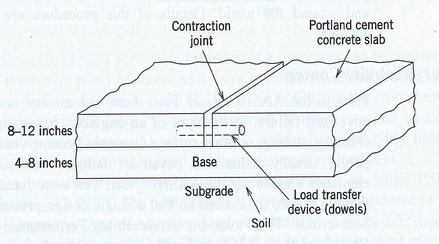 The Rigid roads are laid in three layers. The topmost layer of a rigid road consists of a hard material like cement concrete. The base course and subgrade are laid under the surface course or wearing course. This type does not have a subbase course like a flexible road. Load is transferred from concrete slabs to the underlying subgrade by flexure of the slabs.

7- Classification based on Topography: 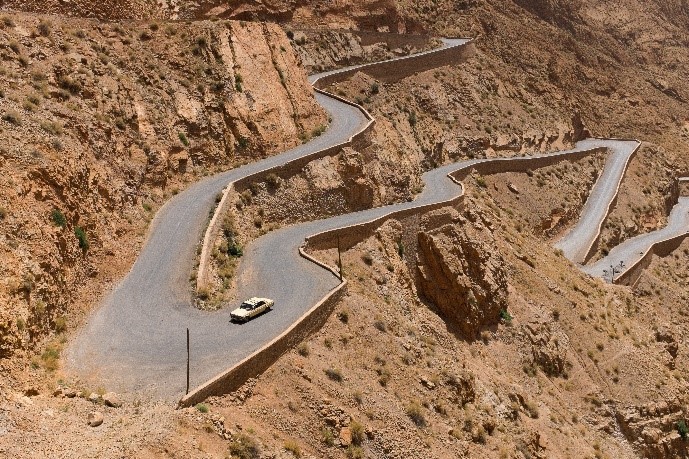 These are the roads which are built on hilly areas or terrain having a great slope. Hilly roads have very frequent steep bends, ups and downs. Hilly roads require meticulous study and planning before construction.

These roads are constructed on a plain area with minimal slope, very few bends, ups and downs. The construction of this type of road consumes less time as compared to Hilly Roads.

8- Classification based on Economy: 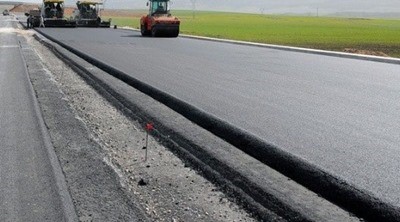 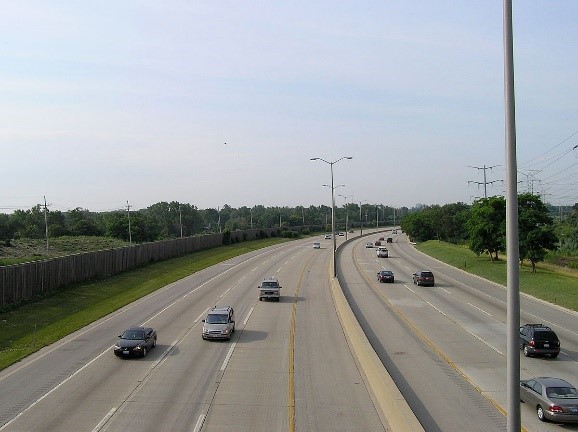 High-cost roads require large sums to construct. These roads are required to be constructed where there are high volumes of traffic. State Highways and National highways are the best examples.

9- Classification based on traffic volume: 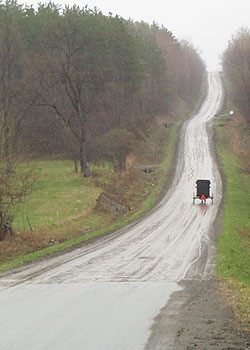 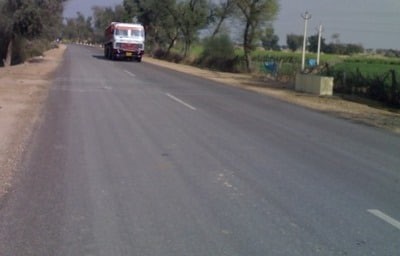 Medium traffic roads are expected to carry 400 to 1000 vehicles per day on average. 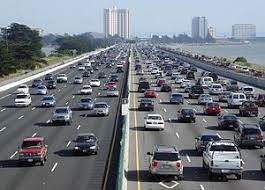 High traffic roads are designed for heavy loads coming on the road for more than 1000 vehicles per day. 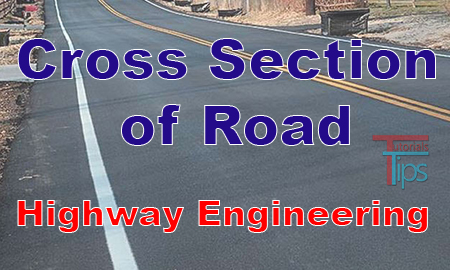