The anchor Bolt is Used to anchor structural members to a foundation and Position of structure members.

A Baseplate is attached to that portion of a beam or column that rests on the supporting surface, usually secured with anchor bolts.

The distance between the centre line of two rigid frames or transverse bents measured parallel to the ridge.

A structural member is usually horizontal carrying vertical loads which are ordinarily subjected to bending.

A beam is supported at one end only and ends free at the other, such as brackets, canopies, and flagpoles.

Wire mesh is used to prevent birds from entering the building through ventilators and louvers.

Braces are used on roofs and walls to transfer loads, such as wind loads, and seismic and crane longitudinal loads to the foundation.

A projecting beam that is supported and restrained at one end only.

The action which causes the movement of liquids. when in contact with two adjacent surfaces such as panel side laps

A resilient strip is formed to the contour of ribbed panels and is used to seal around openings created by metal panels joining other components and at horizontal and vertical corners of a building.

A track supporting and guiding the wheels of a bridge crane or trolly system, and mounted on crane runway beams.

A-frame located at the end wall of a building supports the load from a portion of the end bay.

A vertical member is located at the end wall of a building which supports the girts.

The on-site assembling of fabricated components to form a complete structure.

A break or space in construction to allow for thermal expansion and contraction of the materials used in the structures.

A structural framing member projecting from the face of a wall for decorative purposes.

The substructure supports a building or other structure.

The horizontal framing member is located at the top of a framed opening.

The vertical framing members are located at the side of wall openings.

Any material used in building construction to reduce heat transfer.

A beam is used to support another beam or rafter or truss and eliminate a column support.

Distance Between holes along the longitudinal axis of the plate.

A horizontal structural member is attached to the mainframes which support roof panels.

The main beam of the frames supports the roof systems.

Angle fastened to purling used to cover the intersection of the roof and the end wall of a building.

Sheet metal flashing is used to cover the intersection of the roof and the end wall of a building.

These are very important Knowledge if you are new in PEB Building Field. Must Know Before going any Interview. 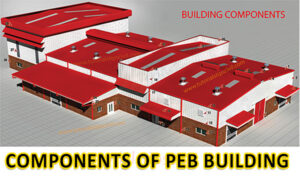 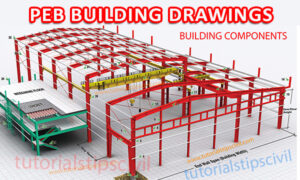 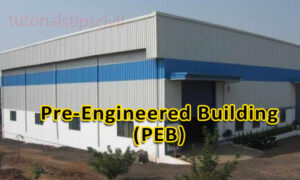